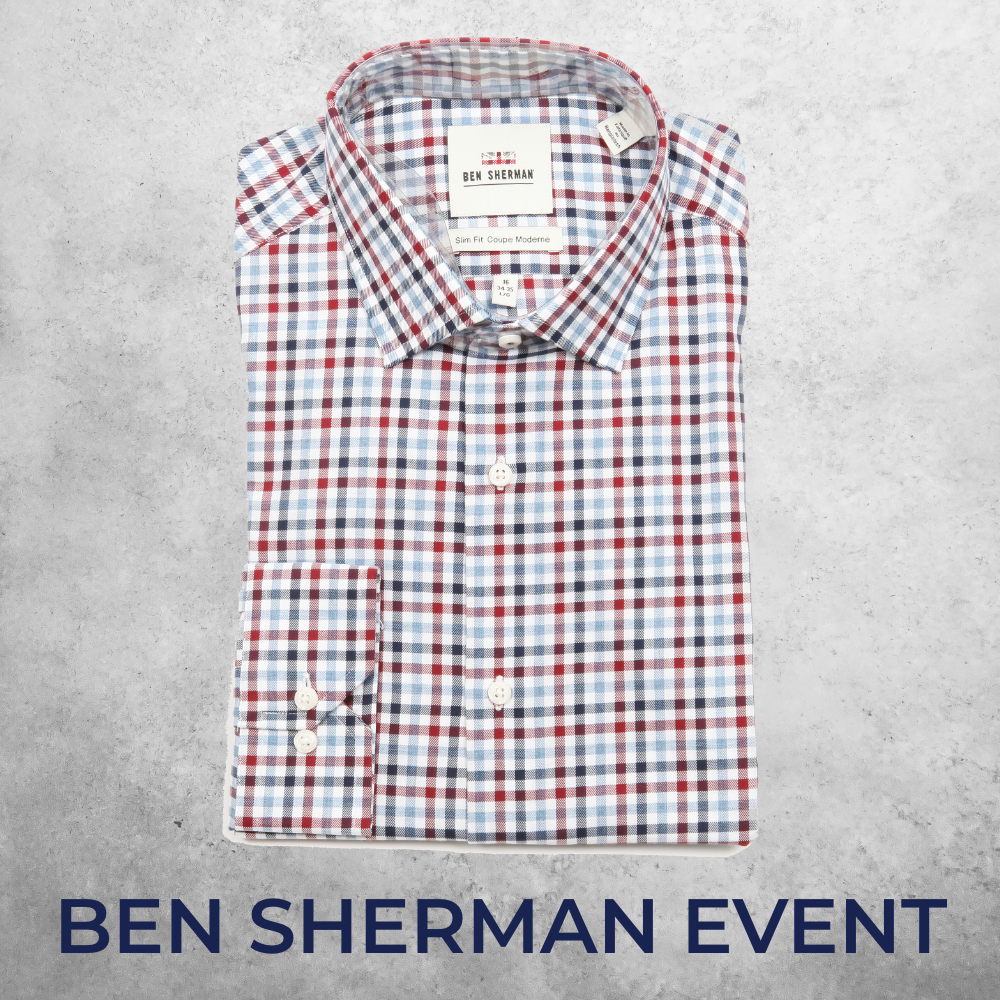 (Hint:  Signing up now ensures you will have first access to the limited quantities available with each offer.)

Ben Sherman was a legend in his own right. A man described as "always embracing the new and the different"—someone constantly searching for the best of things. He disliked regularity, preferring to search out things that were perceived as unavailable to him. He was a passionate businessman with an artist’s soul.

Born Arthur Benjamin Sugarman in Brighton in 1925, at just 20 years old Arthur left a post-war torn Britain for America where he saw a land of hope and promise; he was full of drive and ambition.

He raised a family in the San Fernando Valley and began working for his father-in-law, who owned a successful clothing manufacturing company. It was also while in America, when applying for citizenship, that Arthur decided to change his name. Ben is what his family called him and Sherman was a surname that he felt was a good, solid, strong American name.

Unfortunately his mother, who lived back in England, became very ill, so he quit his job and relocated the family back home to Brighton. Without a job, Ben Sherman decided to use his clothing manufacturing experience and rented a factory in Bedford Square, Brighton.

Ben started making shirts for other people. But soon his creative flair took over and he started designing his own shirts. Then in 1963 he was ready to launch the first Ben Sherman shirt.

Its basic design was influenced by the classic American Ivy League shirt, but Ben’s design vision added the back hook, the button on the back of the collar—but most importantly, his feel and passion for fabric, pattern and color created a unique garment.

Color was something that particularly intrigued Ben, so he used Oxford fabric in pale shades—pale pink, yellow, and blue. He used candy stripes, again, using pale pinks, greens, and blues. People’s initial reaction to all this color was not positive, but Ben Sherman pushed ahead as he wholeheartedly believed in his ideas.

He wanted the best quality fabrics, so the special fabrics used were all from America. He also decided to box each shirt individually, which was, in those days, against the grain